The GROWING THROUGH IT Podcast

023: How to Move Past Resentment with Dr. Robert Enright, Founder of the International Forgiveness Institute 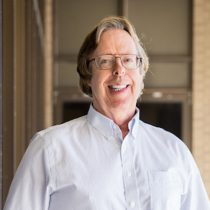 When someone wrongs, hurts, or violates us, we get angry. If we hold on to that anger and resentment it can fester, leading to increased stress, negative emotions, poorer mental health, a weakened immune system, and higher blood pressure. But how can you get past the anger so you can get on with your life? According to podcast guest, Dr. Robert Enright, the answer is forgiveness.

Dr. Enright is a licensed psychologist, and founder of the International Forgiveness Institute, a non-profit organization dedicated to disseminating knowledge about forgiveness and community renewal through forgiveness. Through his decades of research, he’s found that forgiveness is a literal cure for trauma to the heart.

In our conversation, Dr. Enright defines what forgives is and what it’s not (as forgiveness is often misunderstood). He explains what happens when we hold on to resentment and how we know we’re holding onto it in the first place. Then, Dr. Enright walks us through his process for forgiveness – to forgive others, ourselves, and how to ask for forgiveness.

Dr. Robert Enright holds the Aristotelian Professorship in Forgiveness Science within the Department of Educational Psychology, University of Wisconsin-Madison, is a licensed psychologist, and founder of the International Forgiveness Institute, a non-profit organization dedicated to disseminating knowledge about forgiveness and community renewal through forgiveness.

He is the first to publish a scientific study on the topic of person-to-person forgiveness, in 1989. He has been called “the forgiveness trailblazer” by Time magazine and is often introduced as “the father of forgiveness research” because of his 37-year commitment to researching and implementing forgiveness programs.

Dr. Enright is the author or editor of seven books and over 150 publications centered on social development and the psychology of forgiveness. He is the first to publish research on forgiveness therapy, in 1993, as he developed the 20-step “Process Model of Forgiving.”

His latest endeavors include forgiveness education for students in various world communities (for example, Israel, Monrovia, Northern Ireland, the Philippines, and Taiwan) and forgiveness therapy with those in correctional institutions. For his innovative research on forgiveness, he recently won what the American Psychological Association calls “psychology’s highest awards,” the APF Gold Medal Award for Impact in Psychology.